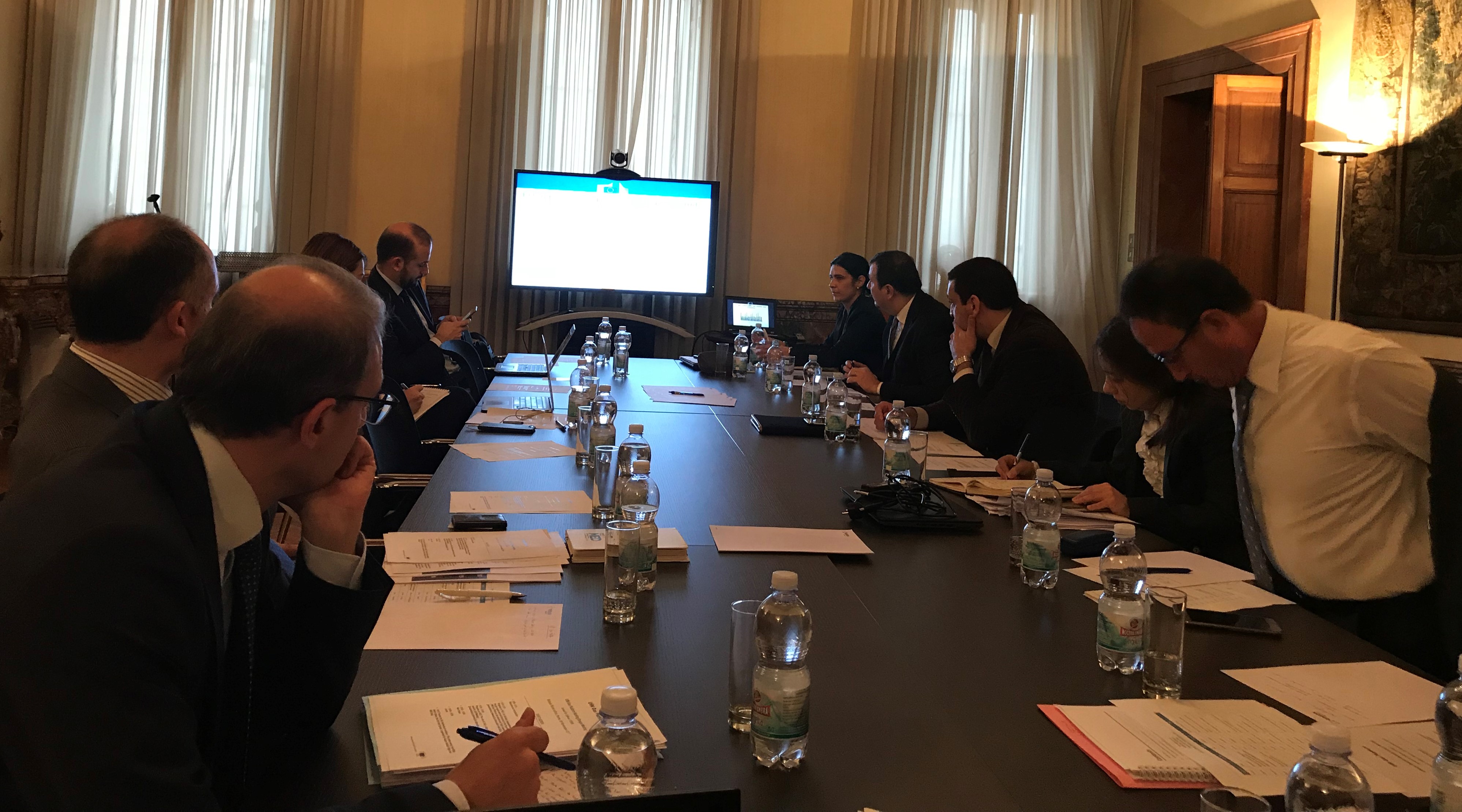 On 29 November, a second set of Working Group meetings for the two studies 1.1 and 2.2 was organised in Rome to discuss progress and next steps. The Gas Platform Secretariat and GIE, coordinators for studies 1.1 and 2.2 respectively, presented draft reports for each study.

The plan is to submit a draft final report for both studies to the UfM co-presidency for comments and approval by the end of 2017, and to complete the two studies by March 2018. Dissemination of the studies could take place one month later in April 2018.

The Working Group meetings, hosted by Edison, were organised back-to-back with the International Workshop “The grand energy transition: North Africa, the Gulf and Europe” organized by Aspen Institute and WEC Italy.